Join Building Roots to celebrate Toronto’s first *Urban Agriculture Day* with an opportunity to meet some of Toronto’s food leaders in a beautiful City space you may not have been to. Learn how we’ve transformed this space into a productive urban farm and community learning hub. 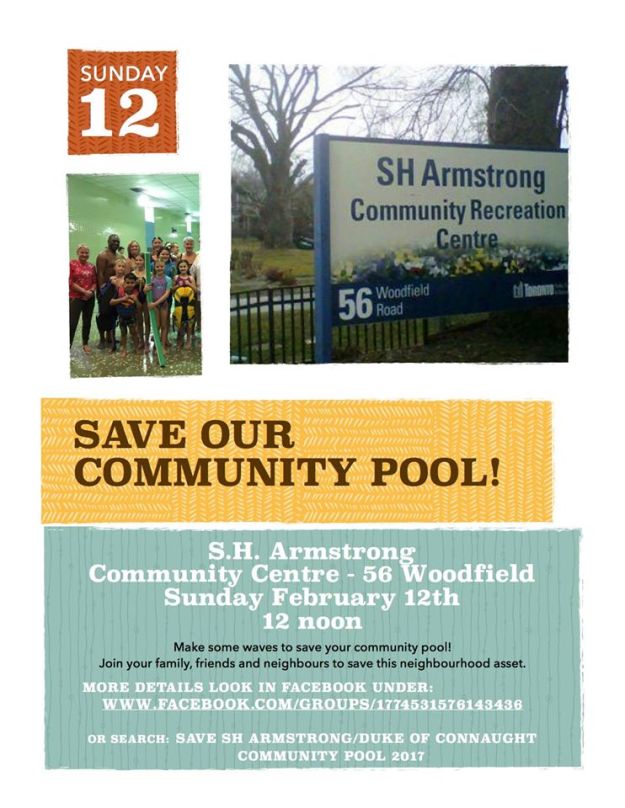 Stay up to date on the pool situation at the Facebook groups:
Save SH Armstrong/Duke of Connaught Community Pool 2017
Ashbridge’s Neighbourhood — Greenwood-Coxwell 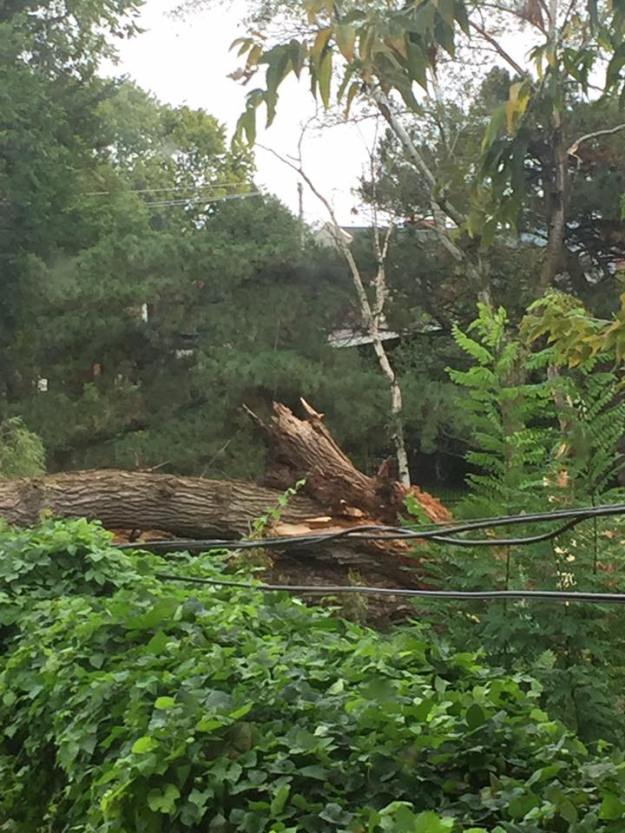 The mighty willow has gone down. 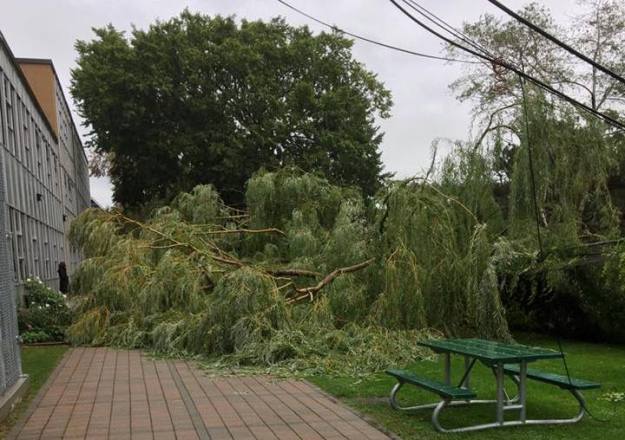 The majestic willow on the Ashbridge Estate – sadly today is on the ground, barely missed Duke of Connaught School on the left. Photo taken looking east from the front of S.H. Armstrong.

Here is an appreciation of the tree written in 2015, when this blog entered the willow in a “favourite Toronto tree” contest:

A September 2014 tree tour of the Ashbridge Estate was led by Philip van Wassenaer of Urban Forest Innovations, an arborist who has worked to preserve the trees on the property over the years:

“A central stop on the tour was this amazing willow tree. We know from diary entries that it was planted by Emma Rooney (married to Jesse Ashbridge) way back in 1919. Willows are water-loving trees, and back then, a stream ran through the area to nearby Lake Ontario. This tree has been slated for removal several times, but Philip has fought to keep this striking specimen alive. To ensure it does not pose a hazard, he has removed some of the larger branches and put a fence around its base to keep people away from where branches might fall.”

(excerpted from this article about the tree tour.)

The stream where the willow stands is the Ashbridge’s Creek, now buried below ground, but its “valley” is still visible. Damp areas are of course a favourite of willows.

Last Sunday August 21 our neighbourhood was a happening place, with two events in full swing — the flea market at the Ashbridge Estate and the farmers’ market at Jonathan Ashbridge Park. Here are some photos. 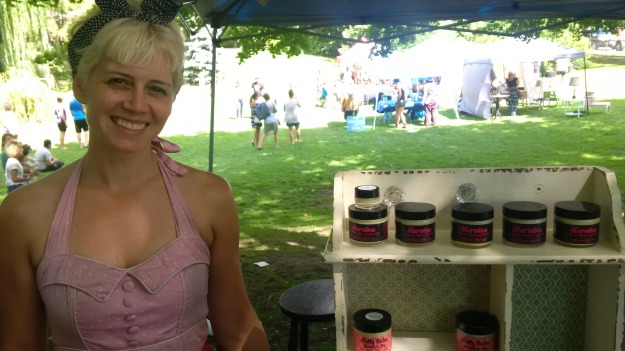 Michelle Rosetta of Bee23 makes and sells all kinds of great skin care products. She created her own line of products and sells them directly at locations like the Ashbridge Estate.

Flowers in full bloom in front of the Ashbridge Estate.

Flea market at Ashbridge Estate – giant willow and Duke of Connaught school in the background.

New entry “structure” (maybe a bench is coming?) at the northwest entrance to Jonathan Ashbridge Park. In the background Queen Street East at Kent Road. 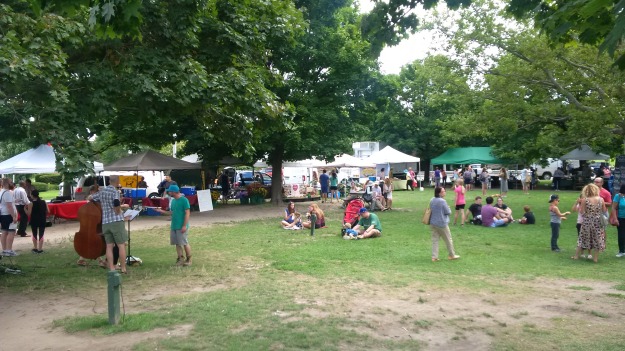 The band gets ready to play at the farmers’ market, Jonathan Ashbridge Park August 21, 2016.

This is music to any local foodie’s ears:

Bashir Munye is gearing up to host a dinner series at My Little Dumplings, at the corner of Queen and Greenwood on Fridays and Saturdays.

See the full article in the Toronto Star.  Congratulations Bashir, this is a great spread.

Here is Bashir in My Little Dumplings, that’s Queen Street at Greenwood in the background. 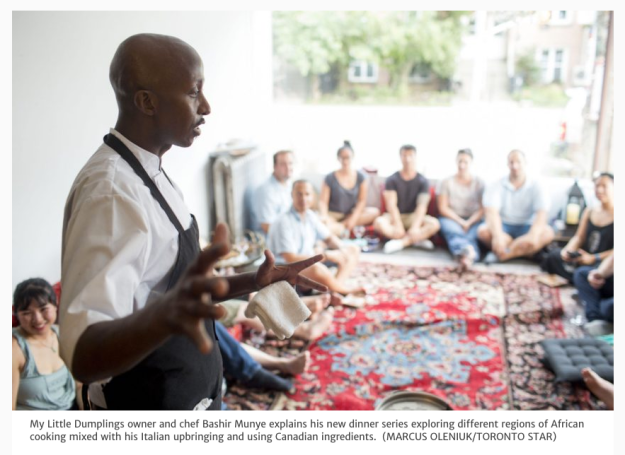 Ashbridge’s Bay June 1960. Looking east from above Lakeshore Boulevard (on the left of the photo). Coxwell-Lakeshore corner is half way up the left side of the photo.
Note that Ashbridge’s Bay Park had not yet been extended out into the lake. That happened about 15 years later.
The circle in the park area appears to be the wading pool which is still there, but wasn’t operational recently. 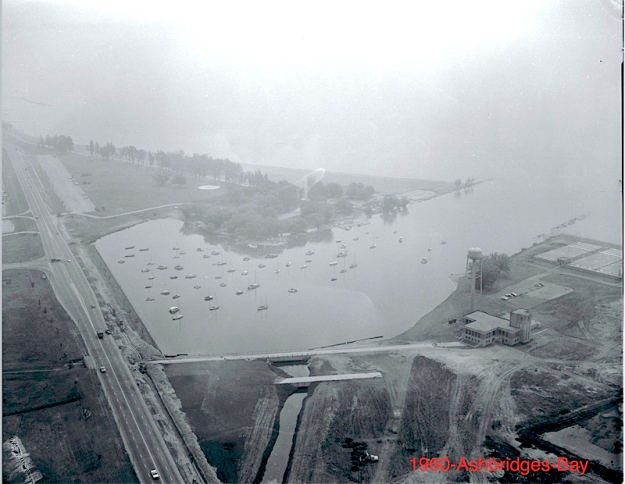 Two big events in the neighbourhood this weekend: 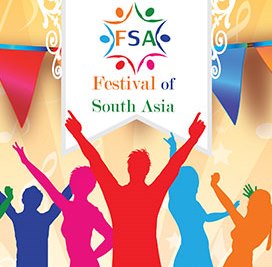 From Andrew Macdonald:
For several years my wife Sally and I, along with our kids – now 6 and 8, have fundraised for an event called the Great Canadian Birdathon. 75% of the money we raise goes to a hidden gem – the Tommy Thompson Park Bird Research Station, and 25% to Bird Studies Canada. This year we set a Big Goal of $7500. We’re well over $5000, but hoping for a boost as we enter the final stretch.

A Duke Community event showcasing makers in all forms from DIY tech enthusiasts, tinkerers, educators, craft hackers, artists and beyond!